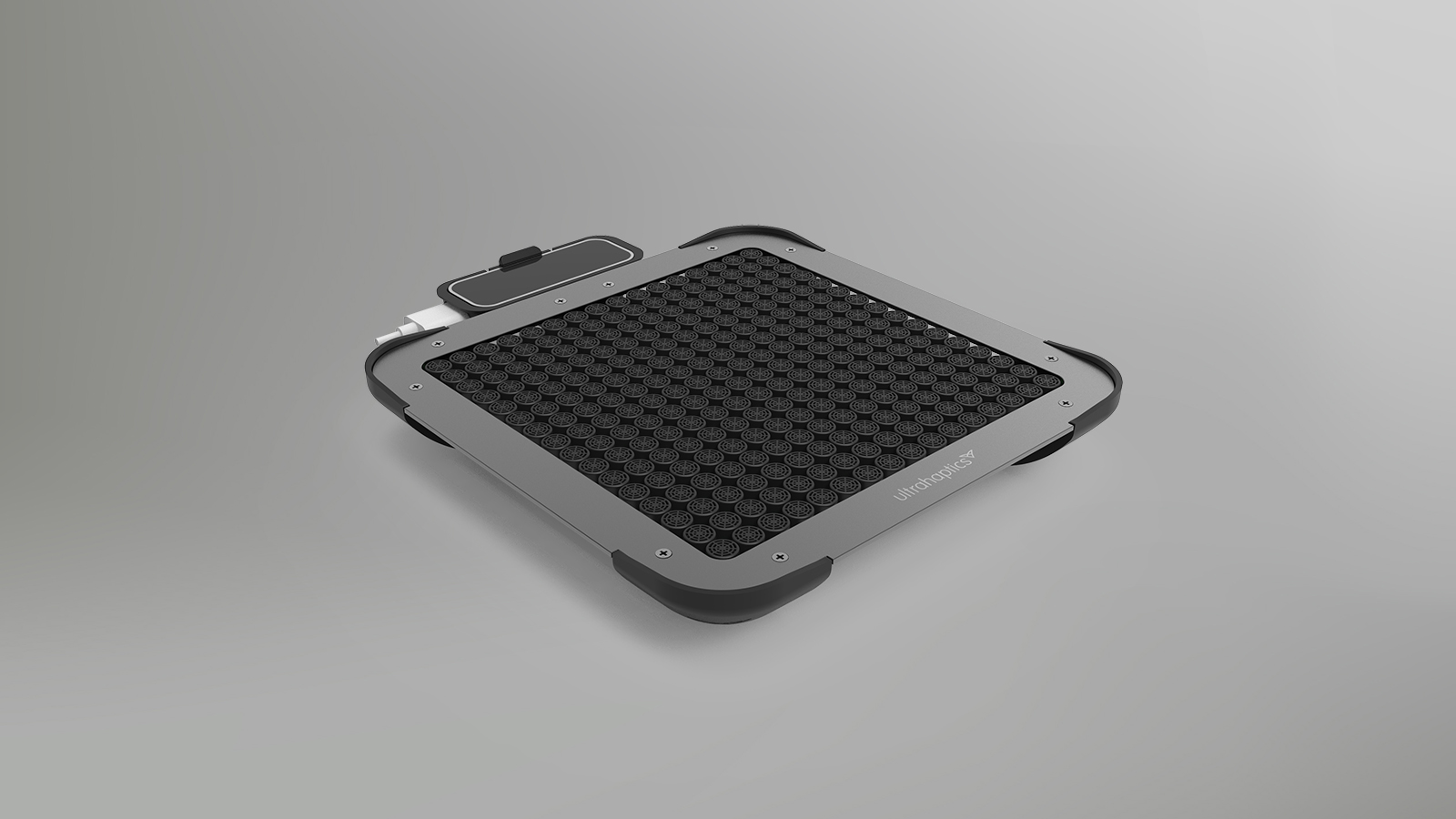 The STRATOS platform’s faster refresh rate and precision control of ultrasound waves creates the ability to render complex shapes such as 3D objects.

Ultrahaptics’ technology controls the emission of ultrasound waves and manipulates them so that the combined pressure of the waves interacting produces enough force to be felt on a user’s skin. When multiple pressure points are created, the user can feel 3D shapes, buttons, sliders and virtual objects in thin air. The company has publically demonstrated its technology in applications including augmented and virtual reality, digital signage and location-based entertainment, often in collaboration with worldwide brands such as Dell, Nike, Meta, and Pagani. It has also licensed its technology to third parties: BOSCH and Harman have used mid-air haptics to create concept vehicle interfaces that have been showcased around the world.

"The STRATOS Explore development kit is the best solution for customers who want to explore how mid-air haptics can enhance their products. We can now offer an off-the-shelf development kit based on our most advanced platform. Whether customers are looking to create cutting-edge, cleaner and safer user interfaces, or to design immersive experiences in which users can reach out and touch 3D digital media, we now have the perfect tool for them to start innovating with."
Ultrahaptics commenting on the launch of the development kit -